Welcome to our store

EIS:Also known as EZS, the ignition system of Mercedes-Benz vehicles.

Added:Use the existing key to match the new key

Lost all:match the new key when the car does not have the car key

FBS:Anti-theft name (FBS3/FBS4, can be queried by VIN, or can be read and identified by CGMB device)

2.Support the identification of SSID and EIS number. (FBS3/FBS4)

3.Support to read/modify VIN. (FBS3 and FBS4 only support reading)

6.Support the detection of KEY usage and enabling status. (FBS3/FBS4)

8.Types of KEY chips that support reading, writing and resetting:

1.Support for having car keys and keyless (all lost) calculation passwords, of which all lost support normal collection and fast collection.

2.To calculate the password, you first need to collect data, which takes about 3 minutes with the car key.

3.In 99% of cases, the password is calculated at one time, and the time is about one minute.

4.If there is a car key, calculate the EIS type supported by the password:

Mercedes-Benz A series after 2004

Mercedes-Benz B series after 2005

5.If there is no car key, calculate the EIS type supported by the password:

6.In the absence of a car key, some EIS support quick collection, the types are as follows:

2. The time to generate KEY data is about 10 seconds.

2.Support the erasing of ECU/TCU/ISM. (online)

1.Support to read the internal data of the instrument, including serial number and mileage.

3.Support to clear the fault code of the instrument.

4.Support EEPROM reading and writing of the instrument.

5.The supported instrument types are as follows:

2.The types of ZGW supported are as follows: 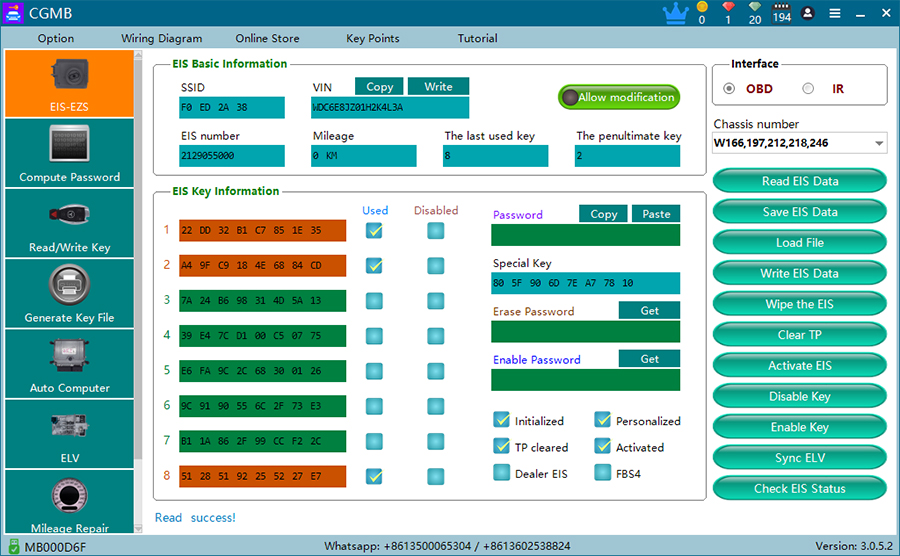 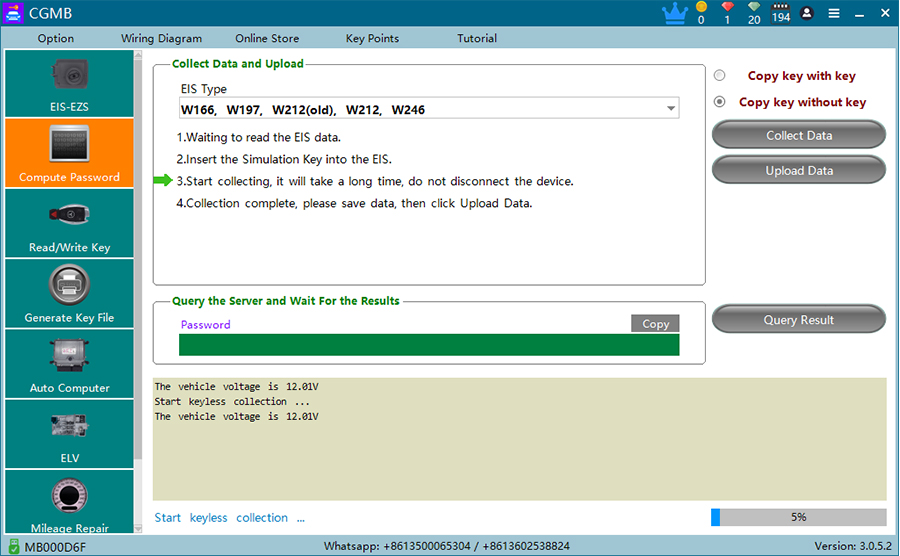 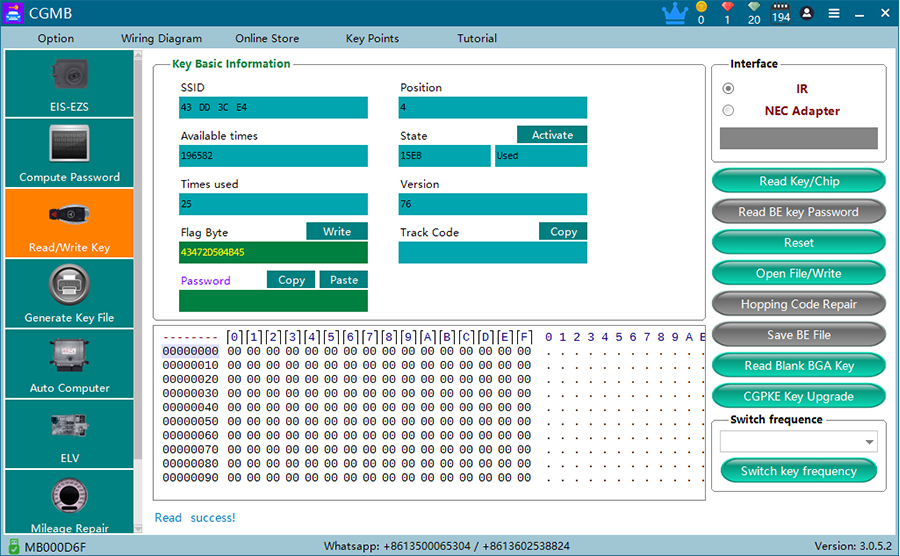 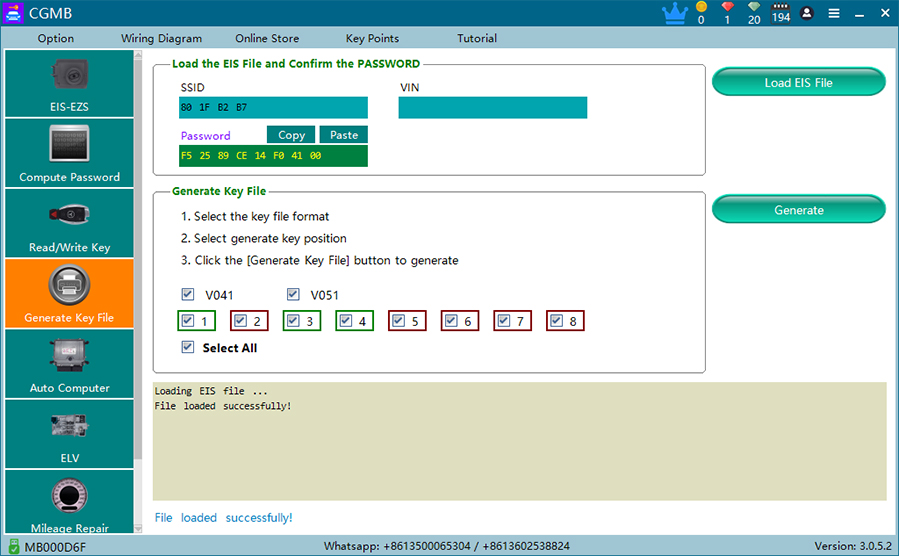 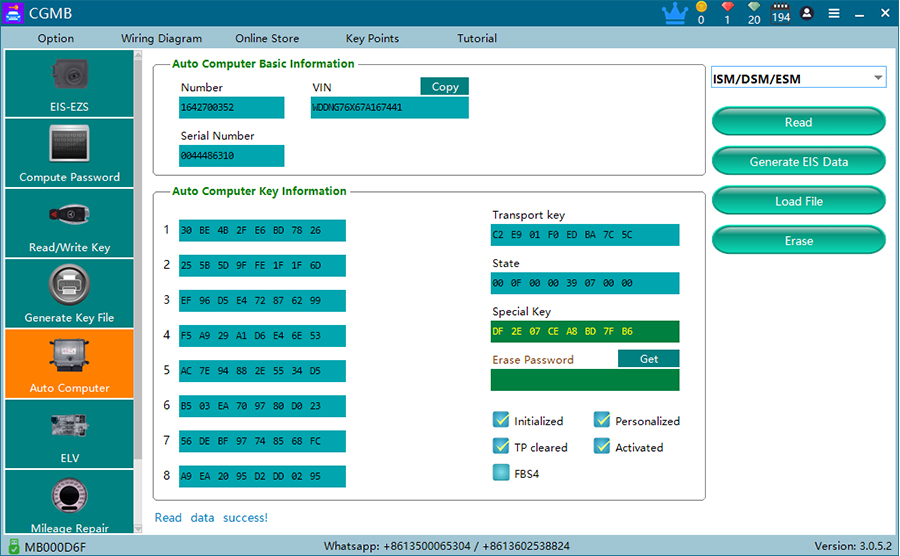 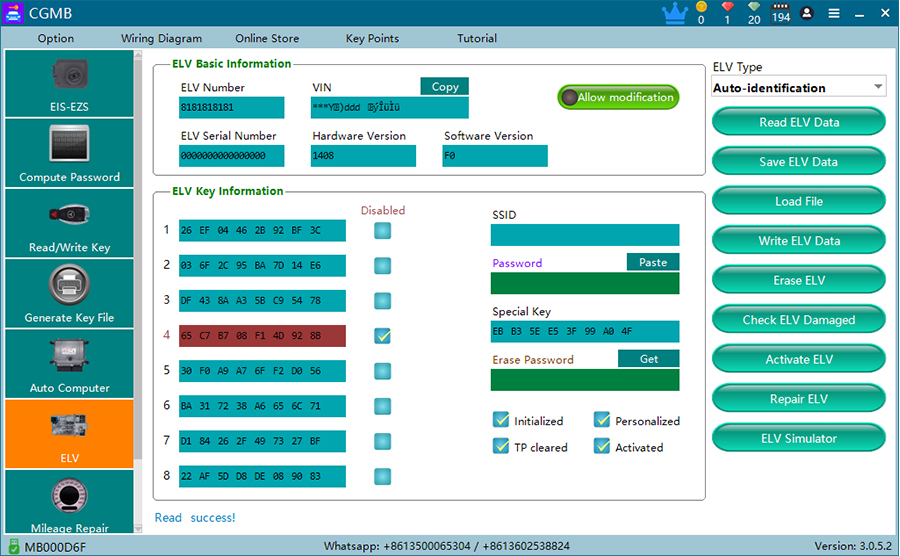 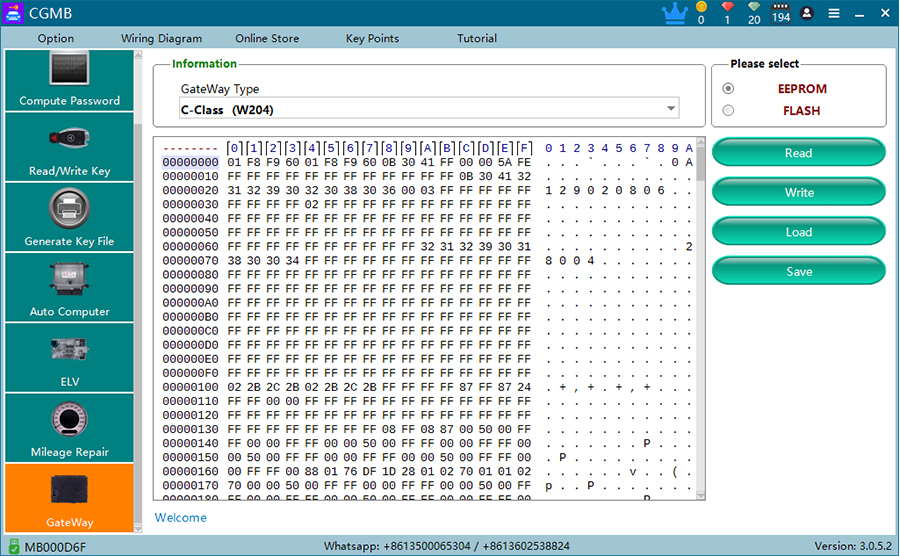 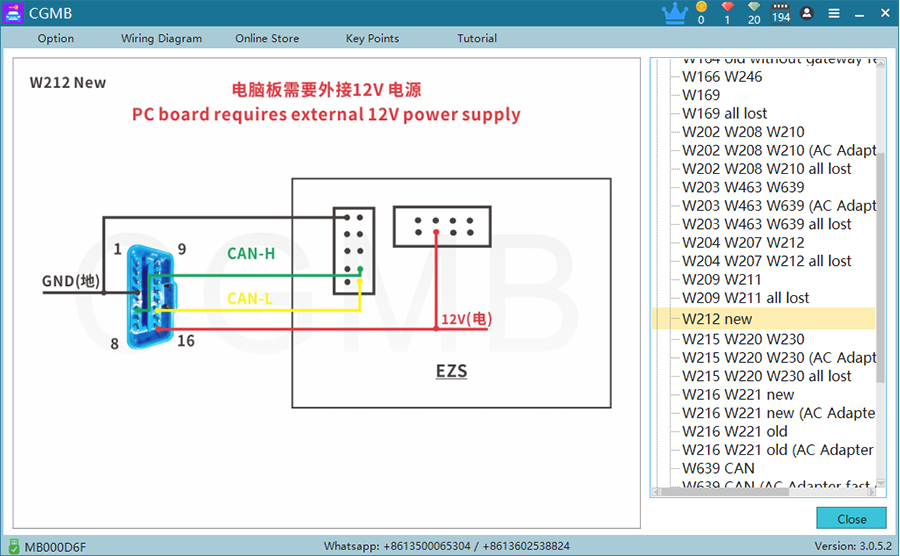 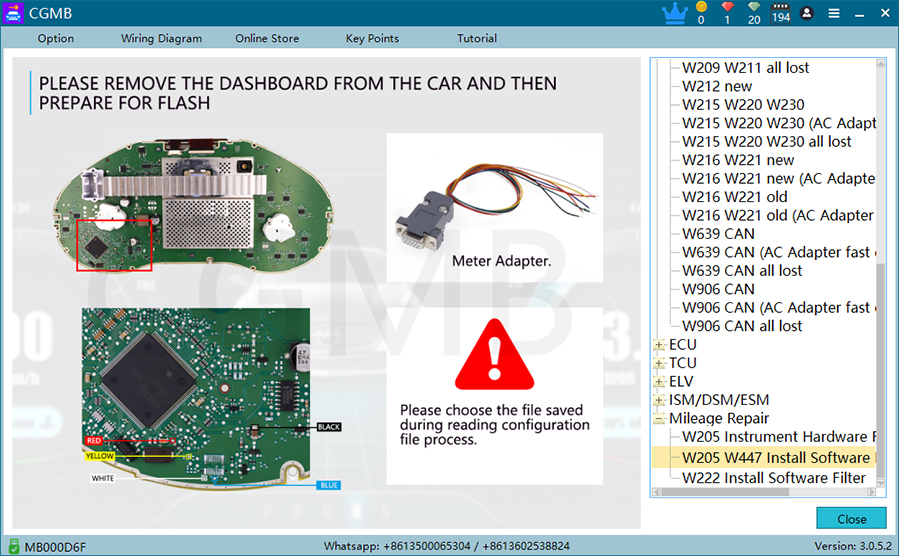 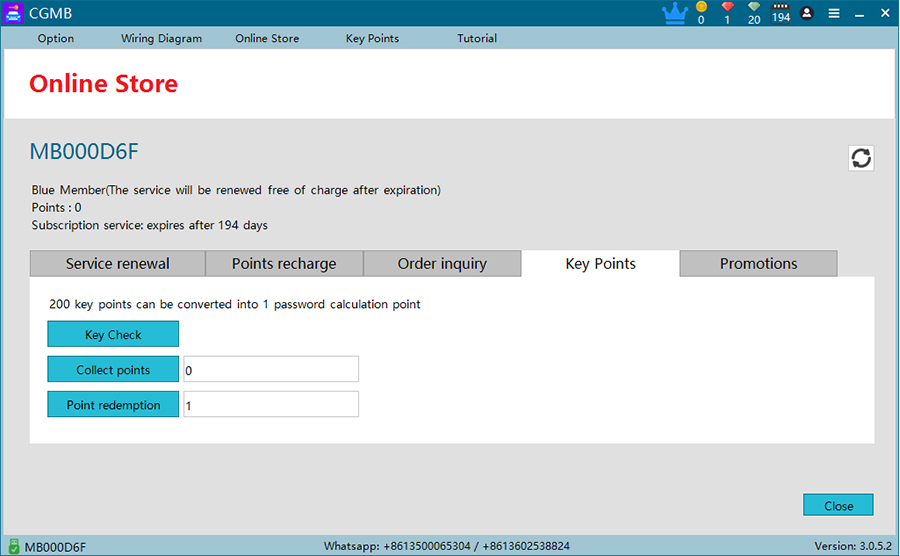